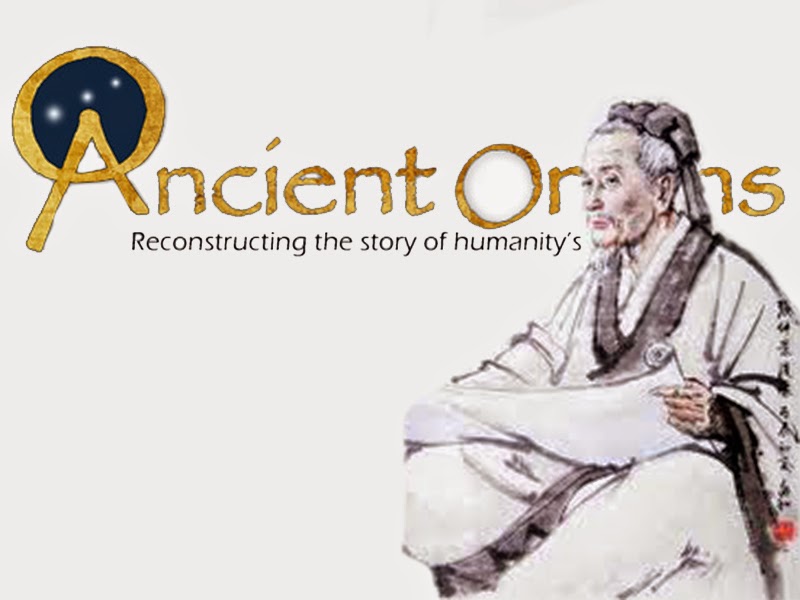 April Holloway, reporter and historical investigator for Ancient Origins, joins the show to explain the newly unearthed Chinese medical texts from Bian Que. Bian Que, according to legend, is the earliest Chinese physician. April also talks about the history of Chinese foot binding, UFO cave paintings, Grace O'Malley the Pirate Queen, and Vlad the Impaler to top it off. www.ancient-origins.net


“If we want to set out on the arduous search for the truth, we must all summon up the courage to leave the lines along which we have thought until now and as the first step begin to doubt everything that we previously accepted as correct and true. Can we still afford to close our eyes and stop up our ears because new ideas are supposed to be heretical and absurd?”
--Erich von Daniken

April Holloway may be one of the coolest people you could meet and talk with about any historical topic that has a bit of woo woo in the mix. She has written stories about topics from Chinese medicine to Vlad the Impaler (who spawned the Dracula legends) and even about artwork possibly depicting ancient alien astronauts whom visited the planet thousands of years in our past. April Holloway is an Editor and Writer with Ancient Origins, a website-based news organization, that seeks out one of the most important parts of human beings—our beginnings. Ancient Origins bases itself on the reconstruction and retelling of the story of our beginnings through an exploration of lost civilizations, sacred writings, ancient places, unexplained artifacts, and scientific mysteries.

In April’s story about the ancient bamboo medical books that she broke on Ancient Origins, she discusses the 920 strips of bamboo that archeologists unearthed in the city of Chengdu in China. Many of these strips contain recipes for treating ailments that date back some 2000 years. These bamboo strips, which were once widely used as writing material, were found with other artifacts of the Western Han Dynasty. Many scholars have now confirmed these to be the text of Bian Que, reported to be the first physician of China. In these works, the studies of disease were primarily based upon taking the patient’s pulse. These texts thus far include topics as far ranging as surgery, gynecology, ophthalmology, and even trauma.

Speaking with April Holloway is a foray into the fantastical part of history and she knows everything! Bringing up any subject with an interesting or missing part will elicit a flowing barrage of historical facts and interesting perspectives that may not be known to the general public. April is one of those historians that truly love to tell the “rest of the story” that never makes it into our textbooks or history classes. Come follow April now in her groundbreaking story that promises to provide Chinese medicine with lost history and the lost thought processes of one of the most influential people in all of medicine.

All Topics Discussed with April Holloway from Ancient Origins:

Posted by Unknown at 9:41 AM No comments: 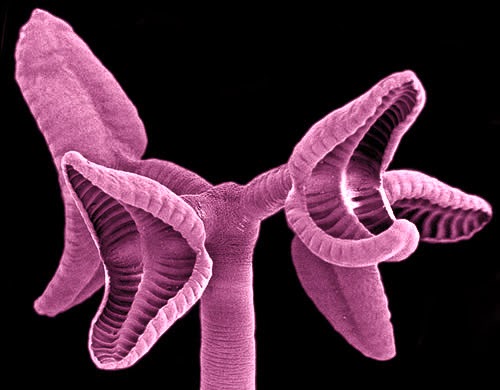 Episode 28: Parasites 101
Description: Parasites and humans have developed a unique cat and mouse relationship. One of our human immune systems detecting the parasite and the parasite evading our immune system. Lee Likins, PhD, a professor of parasitology at University of Missouri Kansas City, joins the show today to gleam some insight on these zombie driving, antigen cloaking, brain hiding, worm wiggling, suicide inspiring, host sucking, creatures! And some TCM on how to treat them. 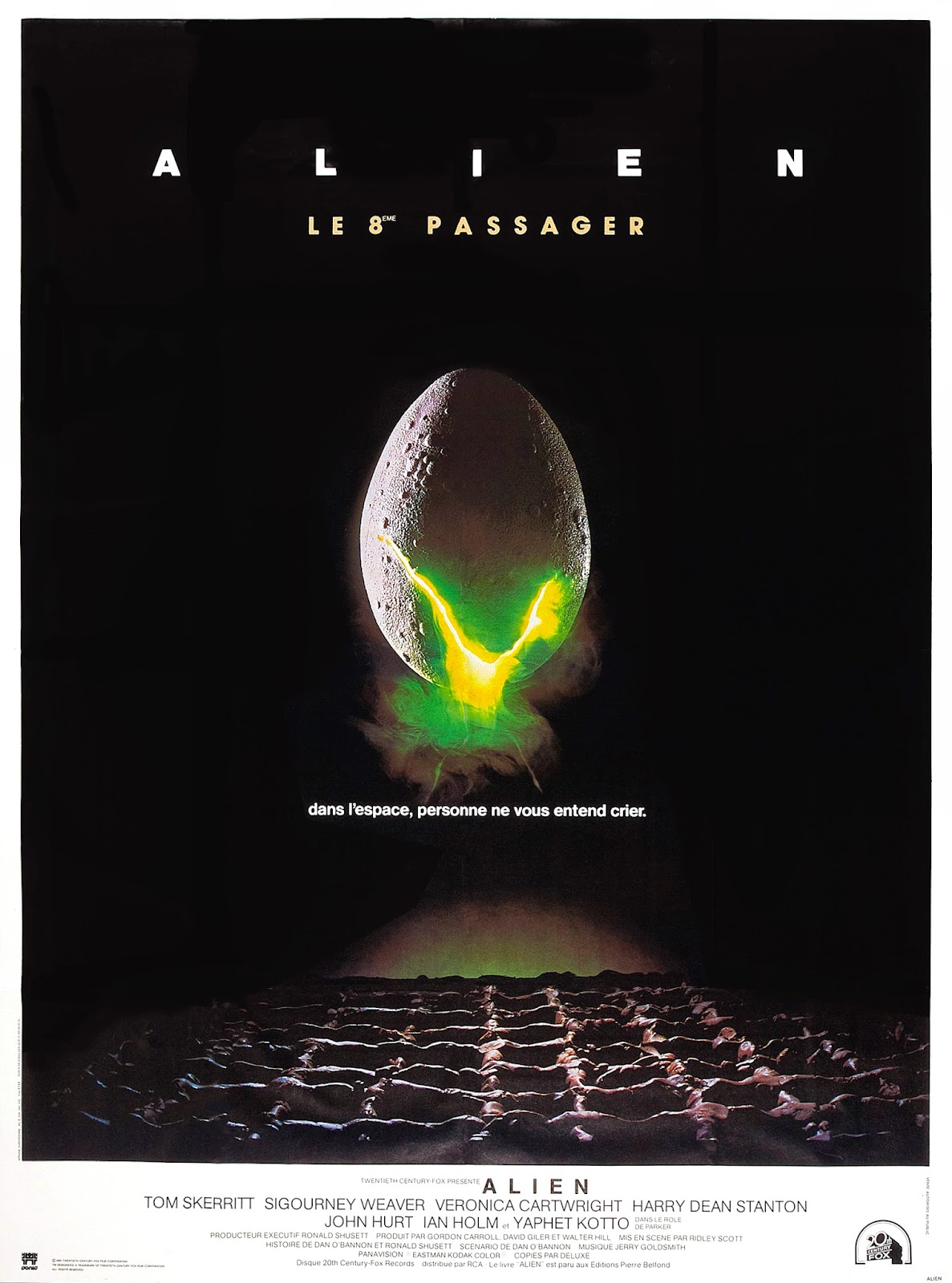 You still don’t know what you’re dealing with, do you? Perfect organism. Its structural perfection is matched only by its hostility…I admire its purity; unclouded by conscience, remorse, or delusions of morality.
-Ash to Riply in Alien (1979)

It’s only quite fitting that we begin this discussion with a quote from one of the most terrifying and fascinating films ever produced. It’s about a huge bug, a parasite, a bogyman of sorts that plants larvae inside a host to hatch out later to become an adult creature. The science behind the movie is exact. The subliminal message behind the movie is quite revealing as to the ultimate parasite. We believe that Lee Likins, Ultimate Professor of Parasite Evolutionary Biology, has this quote written probably on his bathroom mirror. But then, we digress…

Professor Lee Likins is a fascinating human being. He loves to tell stories. In fact, if he wrote children’s novels we could blame him for their nightmares. His background in Evolutionary Biology and Ecology, coupled with his nascent knowledge of Biochemistry and Molecular Biology, affords him the ability to talk and teach about one of the most interesting and misunderstood organisms on the planet. His immense memory and intellect act as great party favors in which he can quickly alter the tone of any gathering to make you think about where it is you live on the planet and the various organisms that live within you as guests. They may be completely passive; they may be keeping you on the verge of bleeding out. But, they are there.

In the last thirty to forty years, death from infectious disease has almost vanished from advanced countries. It is hard to escape from the anthropocentric attitude that epidemics and prevalence of disease are purely human problems to be controlled and eliminated by human actions. That theme has been and remains the evolution of the host-parasite relationship and the understanding of current ecological situations in evolutionary terms. How has the parasite adapted to our ever-changing ecological destructive processes? How has the parasite become one of the most, if not the most, successful organisms to have ever lived on our planet? There are a few infectious diseases that pose a truly public health threat because of their incredible ability to kill in large numbers. But what of the little parasite just sitting inside its host, biding its time, and reproducing and changing the course of evolution? Which is more terrifying?

Lee Likins will tell you a story. No, in fact, he will tell you many stories about how the fictional part of the movie Alien may not be that fictional.

Come inside and let Professor Lee Likins take you on a journey. A journey through time and space and really nasty critters. More importantly, an education about one of the most misunderstood organisms that live around us and in us.

Treating Parasitic Infections With Chinese Medicine
Since this is a Chinese medicine blog, lets get into the meat of how to treat these infections.  Luckily, Chinese medical texts have been talking about the symptoms and how to treat these types of infections for thousands of years.  BUT the question arises how effective is treatment?  For acute situations herbs can be very advantageous for the patient to get a upper hand on symptoms.  Be that an immune response that is causing clotting, a blockage in the intestinal track caused by rapidly reproducing worms, diarrhea caused by hookworm, or the itch caused by schistosoma.  Getting rid of a parasite is something entirely different, if you really have one.  Keep in mind the MOST efficient system we have as humans against pathogens is our immune systems.  The techniques employed by parasites to evade the immune system is staggering.  Will 10 grams of Wu Mei Wan a day kill a parasite...?  In actuality, probably not.  Chinese herbs and acupuncture can help keep them in check though!!!  See the chart below of different single herbs and what type of parasites they have been shown to treat.

Posted by Unknown at 9:51 PM No comments: